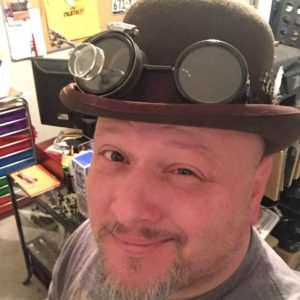 A Twenty plus year veteran of the gaming industry, Jeff began his career in digital games in 1992 at Bethesda Softworks as an artist/animator. He continued his experience at NorthStar Studios, before finding his way to Texas and joining 3DO-Austin where he worked for several years as a lead artist/animator. He later worked at Big Sky Interactive building and designing levels for games.

Wanting to give back to the industry, Jeff became one of the founding faculty at The Guildhall at SMU where he taught masters level classes in Level Design. After five years teaching, he decided to move forward with his career again and joined Superstition Studios, and later help found Dust Devil Studios. Jeff has once again donned the artist’s floppy hat and smock to serve as Chain Reaction Studios lead artist, animator, and designer. He has been commissioned on multiple occasions by Branum Games, for both game artwork and artistic support, leading to his role as the Art Director.

Emma Lysyk is the owner and graphic artist of Em2a Studios – a Phoenix, Arizona-based Graphic Arts & Creation Studio and home to her retired EmaCartoon.com: A Webcomic of Art & Life. Specializing in laser engraving and vinyl decals, she makes a variety of miscellaneous geekery items and is available for commission and prototyping. When not traveling to comic conventions to sell her art, she can be found working on one of her many projects at a local maker space. She has worked on the Battle Gnomes box, Parks card design, and Kickstarter infographics for Branum Games. 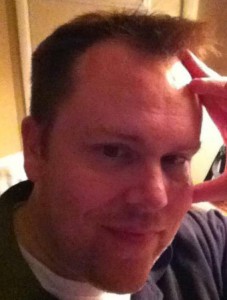 Patrick professionally studied art for years, and kept up his skills even while holding other jobs. 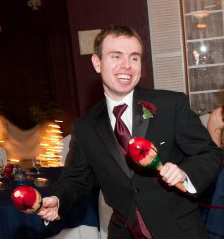 “Hello! I am one of the artists that worked on Battle Gnomes. I’ve never really gotten a chance to share my artwork and this project seemed like the perfect way to branch out and do so! The vibrant and quirky characters along with the yard theme worked very well in hooking me, as a I love to draw different kinds of plant life. With the help of Tiffany and our collaborating sessions (which were very fun), we were able to come up with some really fun and unique ideas for each piece of work. All the pieces I am very fond of now! Anyways, I hope you all enjoy the time I spent giving these cards a little bit of my personal style! Have fun with Battle Gnomes!”

“My name is Jolene Houser. I have been working professionally in the comic industry since 2008. I’ve worked on numerous published comic books indie and bigger companies like IDW. I’ve always wanted to get into doing Game art. I’ve always enjoyed game art on Magic the Gathering and illustrations in the Dungeon and Dragons handbooks. This project really gave me a chance to try my hand at this type of illustration. I got to design multiple original characters, unique locations and a few small items. I really enjoyed my time working on this game on the art side of it. It seems like it will be fun to play as well.”