Whitney is retired navy who has been falling in love with tabletop games over the last couple of years. Phoenix Comicon 2016 was her first convention ever and she went as part of the Branum Games support system! Despite limited experience running games in the past, she successfully demonstrated the games throughout the 4 day event. Since then, she continued as a regular GM and has contributed to game development as a regular game tester.

Jon has been playing tabletop games for years, joining Branum Games in 2017 after playing several of the games throughout 2016 in a regular play testing group. He enjoys providing suggestions for the games and critically thinking about potential adjustments. He debuted for Branum Games at Phoenix Comicon in 2017 and ran several events since.

Tim is awesome and entirely cool in ways that the average person could never be. Very modest. The most modest person in existence we would say. Just the frosting you say? He’s like a seven layer bean dip, and then some. Too many layers to count. He has now been with Branum Games for over 3 years, having started doing game demos sooner than most of the support staff. He knows the games exceptionally well, regularly providing play test feedback and suggestions.

Jennifer was relatively new to gaming. She was always interested but needed the right people get her involved. That’s where Branum Games comes in. Within this gaming team is a splendid group of well-versed tabletop gamers. She got invited to a friendly game night and soon found she fit right in. The Branum Games team took her under their wings and helped guide her to this new opportunity to share in the fun and love of table top gaming. This has also evolved into something she is able to share with her children and others. 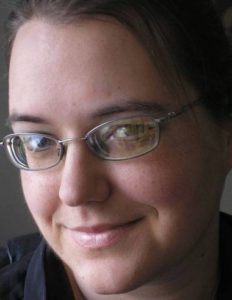 Dria is a long-time game enthusiast. She fell in love with gaming at a young age; it’s arguable whether it was from the time she first booted up a Nintendo or when she first popped the die in a game of Trouble. Either way, she’s been leveling up ever since. She taught math for 10 years, which explains her love of rules. She has hosted many game nights and has won awards for her educational video games. Dria loves comics, sci-fi, fantasy, conventions, all elements of nerd culture, and Disney. She has only two pieces of advice for you: DFTBA and when there’s trouble, call D.W.!

Johnny has been playing games for years in a regular gaming group, usually involving RPGs. He has been to several conventions and generally finds himself playing a variety of tabletop games. He also enjoys books, computers, and good food. His favorite game from Branum Games is Nocturnes. He joined the Branum Games team in 2017, after having played Battle Gnomes at a convention.

Monique is a newbie to the gaming world but instantly fell in love with it! She got her first taste of con life in 2017 by attending Phoenix Comicon. She has played several Branum Games, and now knows how to run them. She made her first appearance as a GM at Sabotencon 2017. While she enjoys all the Branum Games, her favorite is currently house monsters!