The event ended two days ago (March 28th was the last day) and I spent all of yesterday unpacking and organizing everything post-con. Now I can plan more thoroughly for upcoming events, but I promised a recap and here it is!

We had three panels at Phoenix Comicon. I did my first panel related to Branum games earlier this year at Strategicon, and my second at this event. Even though the company had three panels, I was personally on just one of them. I wanted to encourage team members to share their experiences and knowledge via panel submissions and it went well. All of them were on Thursday, with the last one ending during the first hour of gaming and just before our table opening up so we started with these panels for the weekend. 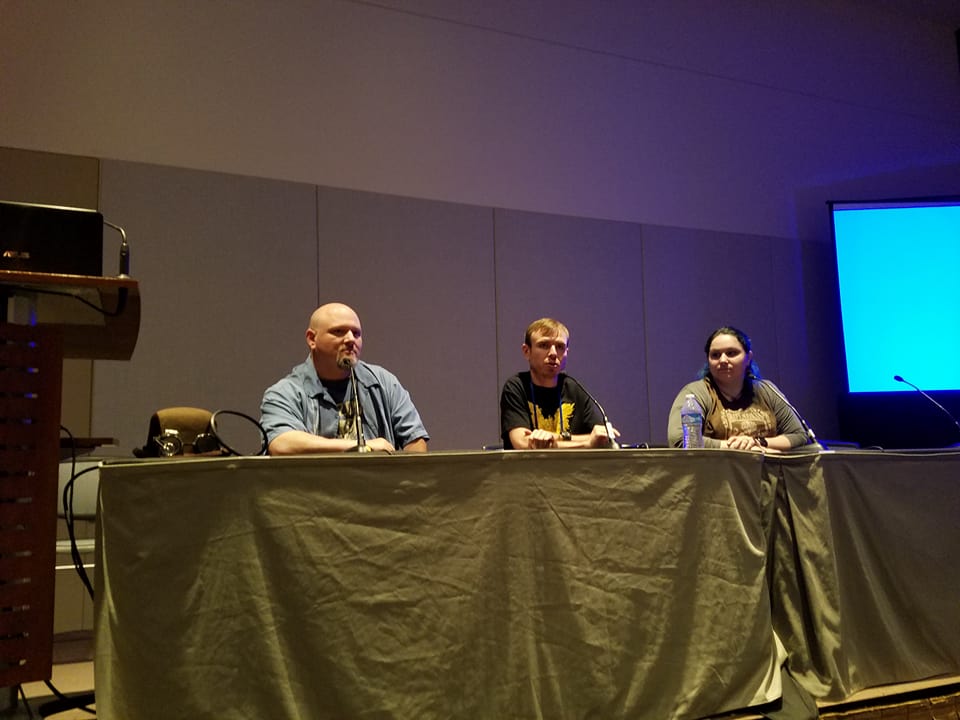 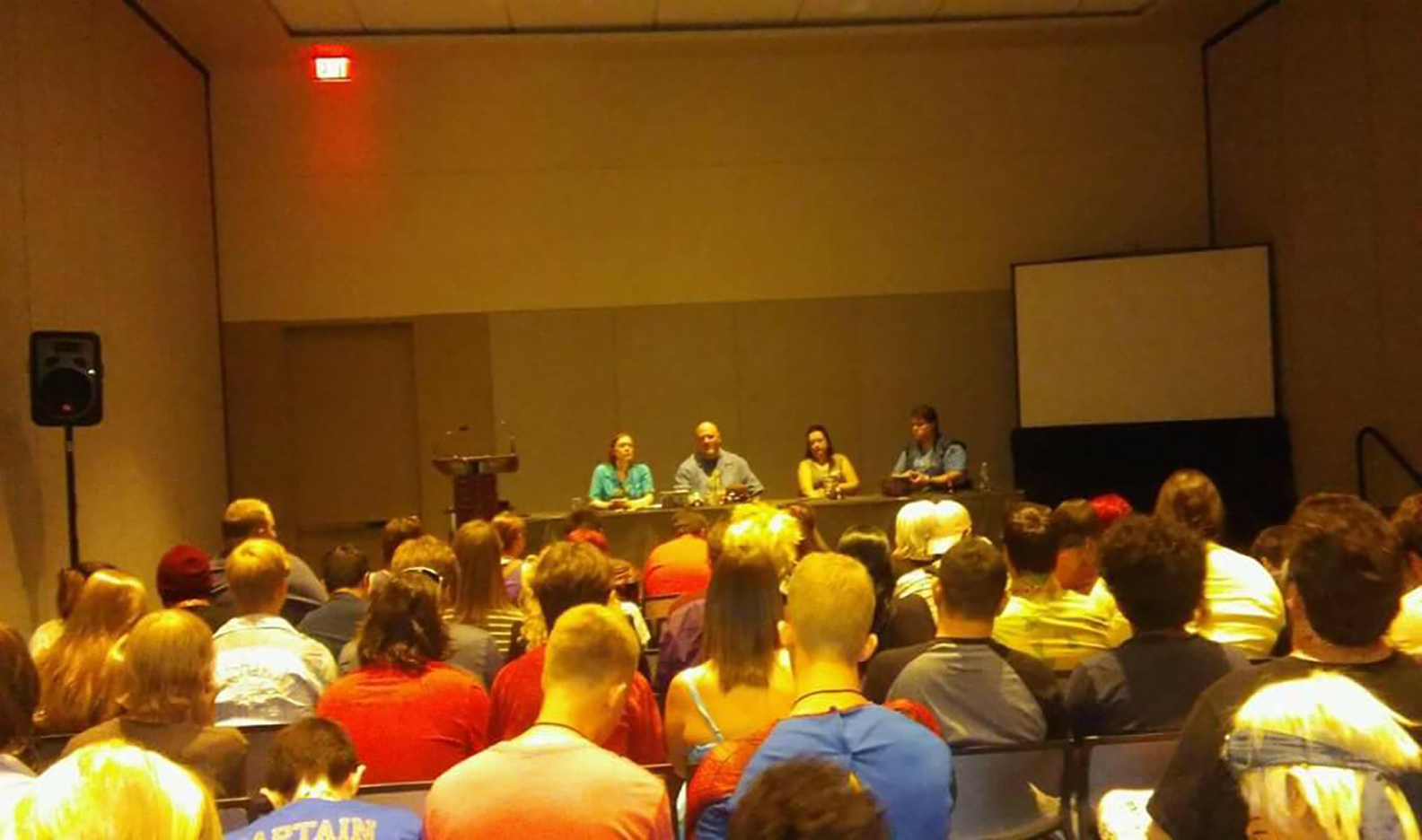 Over in the Hyatt, we started at 3pm in the gaming area. We had 3 tables featuring six of our games; two in particular were assigned to each table. We had Battle Gnomes on the same table as House Monsters because both are so cute; we had Steam Masters and Book Collectors on the same table; they seem to appeal to the same audience. On B-3, we have Dungeon Break and Nocturnes which are slightly more adult. 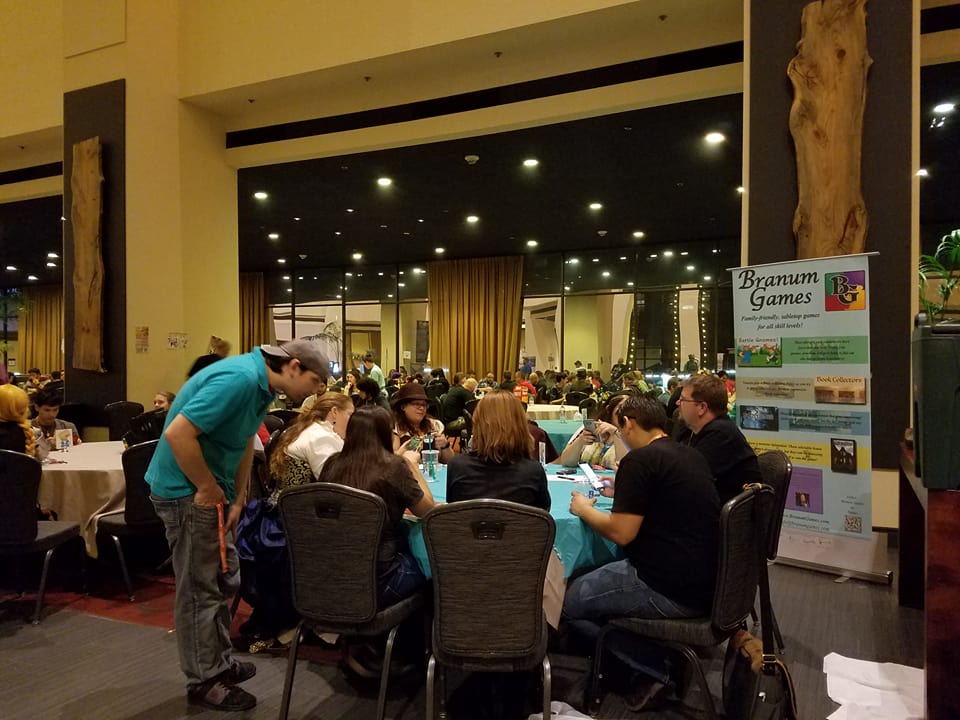 We didn’t go nonstop like last year because Game Central enforced hour long breaks in the schedule. It made it look less full, but it was good to have the third table. The 8 GMs all showed up for their shifts; and we had a fun new banner. The only other real news is that we were taking and encouraging feedback on the newer of the games, and got some great comments.

The most challenging thing about having the games played is not having them for sale. When people get upset they can’t purchase the games, I feel both proud, and bad that I am not at that point yet. I’ll get there, but it still feels crummy that if I just had the product, I could sell it! We’ll get there.

This year we had our first PHXCC Exhibitor Table! 😮 It was my first time being a vendor. Because I was watching the table and the gaming area, along with any random errands, I only put myself on the schedule for a few hours on Saturday. However, I wound up being at the table for a lot more time than that. I’m getting used to the promoting/table stuff. Unfortunately, it also meant I lost my voice at the end of the weekend. It was a great learning experience; the setup, and planning techniques that will help in future vending experiences. It went quite well. We didn’t have as many visual aids as most other booths but our banner was strong enough to make a statement, along with a teal tablecloth. It was enough to look full (along with a table stand and the games). I hope to have more for the future but it’s good to know which items fill the space for now. 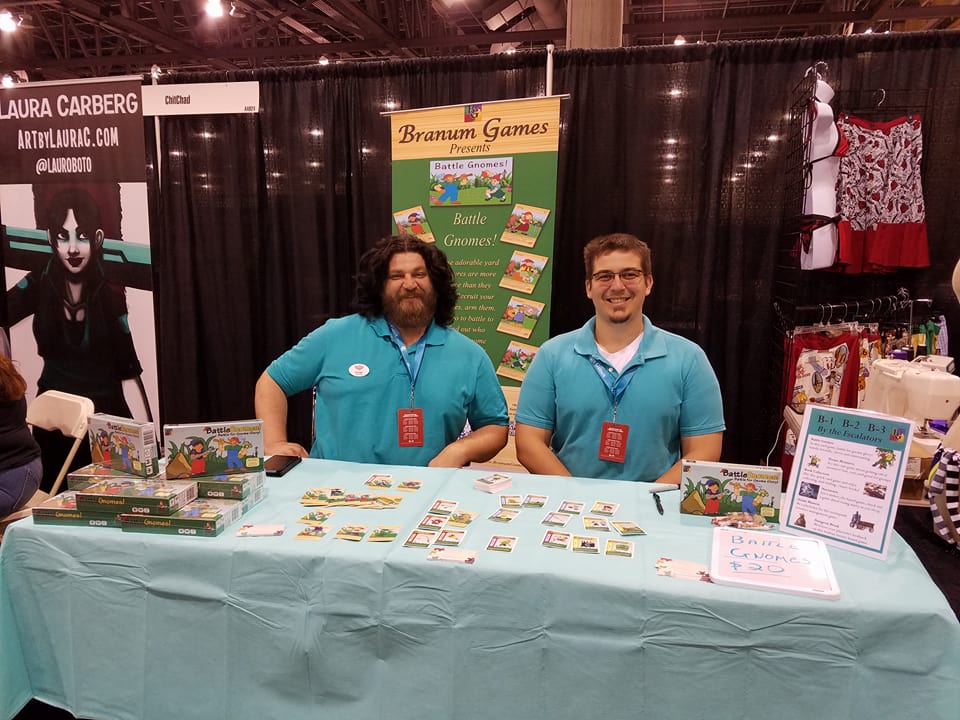 Everything went off just fine. I mean, there were some timing issues, but we resolved them without too much challenge. The thing is to just be responsive quickly when issues come up, and to not be emotionally reactive. By Sunday, I had almost lost my voice and was pretty tired but the weekend was a success. We had more going on, but things felt more comfortable this year than before. Let’s hope that keeps being a thing. Once again I got support from my team, and from people in the community which I greatly appreciated. It really helped us carry on throughout the exhausting event. 🙂