If you’ve been following, you know that Battle Gnomes is the game we successfully Kickstarted six months ago. We are now waiting for the shipment to arrive from our manufacturer, Panda Manufacturing. The are in China so it does take a while. We got an early copy from them (to approve) and it’s beautiful. I’m excited. It looks much more polished, especially after some box updates that graphic artist Emma Lysyk did on it. Made a big difference to the feel of the game. I think I could see it on a game shelf somewhere and isn’t that the idea?

Once we get those copies in, our first priority is sending copies to the Kickstarter backers. Next, we have two goals. The first is to send game copies to reviewers all over the nation. This is a little late, as we should have done this before but I definitely like the updated copies better. It should have been done before the Kickstarter but I felt pressed for time. It was a learning experience, to be sure. Anyhow, sending game copies all over to any one who will review it. The other thing we want to do is sell game copies at Phoenix Comicon at the end of May. We should be able to get game copies to backers prior to then, and can bring extras to the event and sell them. I know people who didn’t support the Kickstarter would still purchase the game in support of us at this time. I hope the timing works out for this.

Right now, in many regards, it’s a waiting game. Once the above is done (backers get games, reviewers get games and do reviews, extra copies begin to get sold), my sole intention is to get into distribution. I am primarily hoping the reviews will push that option over the edge. It’s going to be a second push of the game. I don’t know that I did it effectively for the first go around, but here we go again! It’s time to revise the Battle Gnomes enthusiasm, and get into distribution! 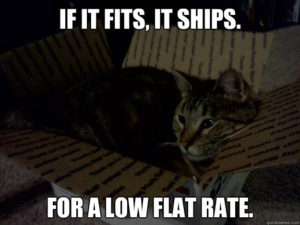